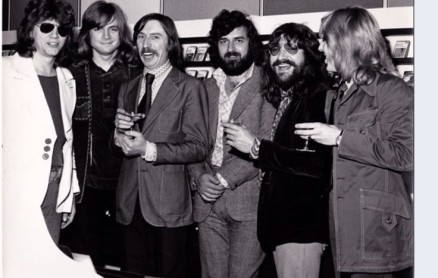 Threshold  Records was the name of a label and record shop started by The Moody Blues in the 1970s. They eventually opened five shops in Cobham, Andover, Chichester, Birmingham and Swindon.

The original Birmingham shop was on the Stratford Road before it relocated to the Bull Ring Shopping Centre some years later.

This picture is of the Moody’s in the shop in Birmingham with Bev Bevan lurking around! 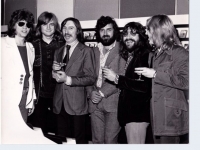