I was shown this album by Alan Cross, Andy Hamilton’s manager, who has a pretty impressive record collection.

According to the title, the first ever Rhythm and Blues festival was held at the Town Hall on 28 February 1964.

Recorded live, the album features greats such as Sonny Boy Williamson, Spencer Davis R & B Quartet, The Yardbirds and Long John Baldry  and the Hoochie Coochie Men who included a young Rod Stewart on vocals.

The cover clearly states Rod Stewart but as you can see on the label there is a credit for Rod Stuart. Anyone who went could clear this up?

What is also interesting is the album was part of a series called the Rock Generation (this is volume 5) yet this is a Rhythm and Blues Festival. Released on BYG Records, this is a great slice of Birmingham, Town Hall and British R&B history.

As always, would love to hear from anyone there, or did you know the Announcer caught on record, Bob Wooler? 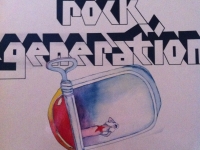 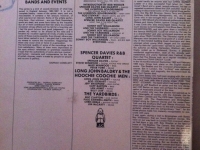 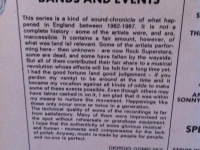 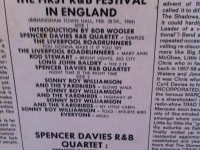 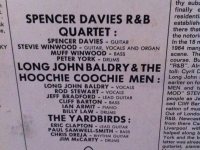 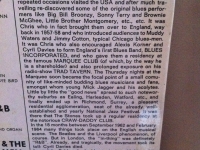 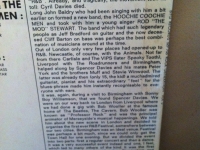 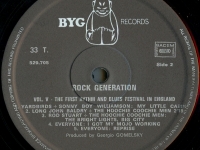