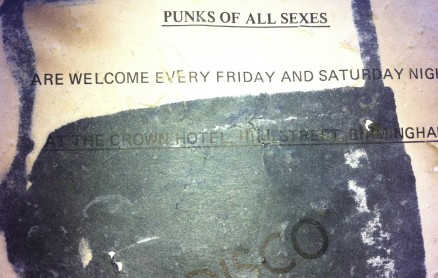 The Crown is arguably the most important venue in Birmingham’s music history. It was here, in the upstairs room, that Henry’s Blues House was started by Jim Simpson and would play host to the early gigs of Earth, before they renamed themselves Black Sabbath.

Tom Pickering lived at The Crown while his dad, Tom Picking Snr ran managed it. Tom has written in with a wonderful recollection of his time their:

My dad (also called Tom Pickering) was Landlord of the crown from the late 1950’s through to about 1970. It was a tied house at the time (M&B) but revenue from the two dance halls went to the landlord if he arranged events there.

I was born in a local hospital in 1964 and my sister actually born there in 65.

There are actually two performance spaces upstairs – a main dancehall with a side “snug” bar and a smaller room (called the Boatman’s Bar – and decorated with utterly incongruous sea related paraphernalia) with higher ceilings (and much better acoustics) both were used interchangeably in the 1960’s – though the second room seems to be the host for most of the Henry’s Blues House meetings.

The list you have online starts in 1970 – but music was a huge thing much earlier than that. I remember it was called “underground” music and started around 1967 – 68.

My gran used to do the catering for the pub and fondly remembered the bands who used to play there. I remember at the height of the newspapers monstering of Ozzy Osbourne her telling me how he was a good kid and always super polite to her on the catering station – although always hungry and trying to scrounge a sandwich.

The Crown was one of only a few venues in the city centre with a license for music and dancing so it attracted the early folk scene too. My mom has stories about the Chieftains having a residency there in 1964 / 65, and there were regular appearances from local bands like “Denny Laine and the Diplomats” and the Moody Blues.

There was a pie stall on old bombed out building near the front door which was hugely popular with local biker community. They labelled themselves “Ton Up Kid” and their big aim was to do 100 mph on their old Norton and BSA motorbikes. these kids formed the nucleus of the early heavy metal fan base.

One of the things that people forget is that there were an utterly notorious set of “cottages” outside the crown (underground public toilets now filled in on the corner of Hill st and Station St) which made it a haven for the early LGBT / Trans community. Who used to mix utterly happily with the Bikers, Rockers and Folkies. It was a very special, if somewhat unpredictable place.

The period 1970 – 75 was when most the Henry’s gigs happened – we had been moved out of the Crown by the brewers. Between 74 and 77 the old place fell into a terrible rut. There was always an undercurrent of violence about the pub, with such a disparate community there frictions and jealousies would be bound to spill over, but my father used to keep a very effective door squad in place and it never really became toxic.

When he left the violence became untenable, and the pub was let out as a tenancy in late 1976 / early 1977. My dad took up rental and returned to what had, by now, become an absolute shambles of a place. He bought back his old door squad and the violence all moved back away.

This is when Billy Dupre asked my dad for his old bar job back. Billy was a lovely gentle sort of a guy – a real 1960’s hippy and kids all loved him (me included) He asked if he could run the (now closed as a fire hazard) back lounge bar as a venue for his “punk” friends – and change the music on the jukebox to allow him to do this.

So he set up and before long the Crown was swarming with Punks. We re-opened the old upstairs dance hall and used it as a venue for a “punk disco” with Billy and his friends playing records. The ATV show Revolver filmed a bunch of the filler “crowd” footage up there.

The Punks made enormous peacock there for 2 years or so until the 1979 Thatcher Govt brought the full weight of the transition to a service economy down to bear – Birmingham was one of the worst places affected and the scene moved first to a mix of Punks / Skinheads (drawn by a shared love of Reggae) and then to a preponderance of skinheads with a few punks.

The skinheads drew in the far right and (by this stage of the recession) despirate for money my dad started renting out the lounge and upstairs as a venue for some pretty unsavoury groups. Column 88, Combat 18, British Movement, Ukranian Ex-Servicemens Association (these were some bad bad men) all regularly used the place.

The local bands going through there at the time included UB40 and The Beat – who name check the Crown on the final line of their single Tears of a Clown where Ranking Roger declares that he’s “going down town, going down the crown”. For a while Pig-Bag used the downstairs as an informal “club house” – Art School kids and Skinheads – it was a weird mix.

Curiously there was never any real friction between the mixed race SKA / Skin / Two Tone kids and the Far Right. A more cynical man than I might speculate that that they used to unite in hating the Asians. It was this background that gave rise to the unique multi-racial mix of the Zulu football supporters.

There was an attempt in 1980 – 81 to bring back Heavy Metal to the place – we hired the DJ from the Beerkeller (Bogarts) and this was quite popular for a while – but no real live music. The posters you see up on the walls in the photos are all from that period.

The graphiti (Bill Has Joy… etc) all dates from 1979 and is very much the hall mark of the punks.

By 1982 music had all but stopped at the place. It became home to the Zulu’s and all the Punks moved on. We moved out in the autumn of that year.

Hope this gives some flavour.

We want to save this space, or at least enter into discussions with the developers to re-think their plans and release the asset, which is of cultural importance to the city, which they are custodians of.

Would love to crowd this page with photos, ticket stubs, memories, gigs listings, anything to do with your time at The Crown and your thoughts about what we can do to save this amazing place!

To kick things off, here is flyer for the regular punk ‘discos’ that took place at The Crown, I’d love to hear from anyone who went there or has photos, who the dj was, and who the phone number belonged to!

If you can’t read the type because of the ingrained dust and bleed of the ink it says:

PUNKS OF ALL SEXES

ARE WELCOME EVERY FRIDAY AND SATURDAY NIGHT

THE DJ YOU KNOW WOULD RATHER REMAIN INCOGNITO PUBLICITY WISE 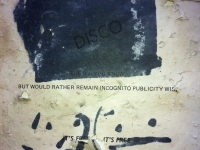 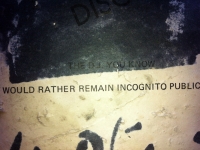 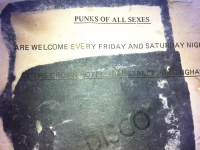 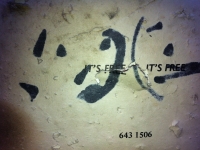 And this is what the upstairs looks like today, Sabbath, Led Zeppelin, Judas Priest, Champion Boy Dupree,Thin Lizzy, not to mention the punks of Brum and countless others have all been present in these rooms, even the posters remain. 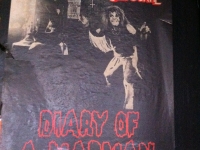 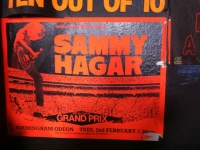 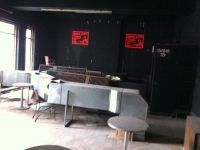 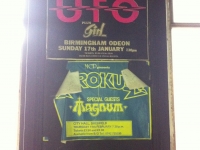 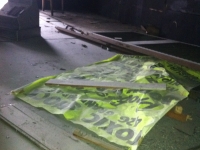 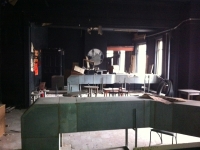 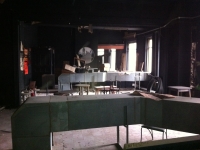 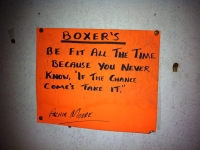 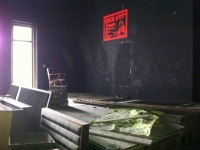 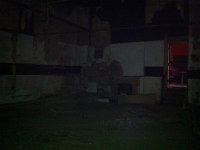 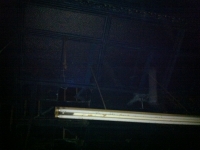 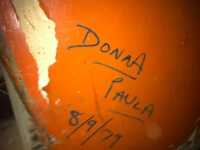 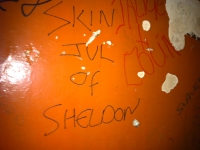 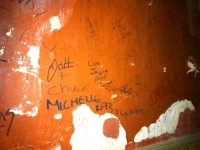 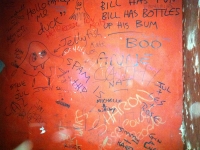 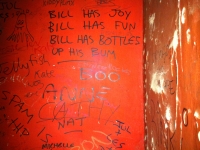 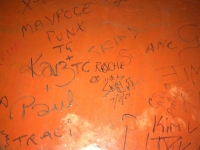 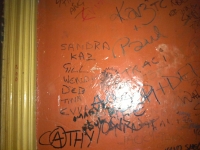 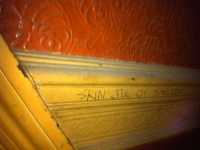 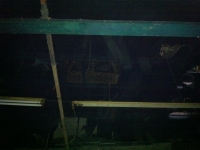