At 68 years old, you can’t really blame Van Morrison for slowing down his work schedule a touch. He hasn’t released a new album since 2012’s Born to Sing: No Plan B and it’s not as if he’s touring the globe like he once did. However, the Northern Ireland native is gearing up to celebrate the latest year of his career, and we at BMA are hoping that includes another stop at the historic Symphony Hall.

Fans of Morrison in the area know full well that he’s put on some spectacular shows at the renowned venue in the past. That includes the previous decade or so, during which he has performed at the Symphony Hall several times. Most notably, there was his gig in September 2003, when Morrison performed an incredible set of songs that include a five-song (!) medley, a riveting take on tried-and-true classic “Brown Eyed Girl,” and so much more.

Later shows—in 2005 and 2006—showed that Morrison, though aging, hadn’t lost a single step. That was particularly true in terms of his setlist, which he never let slack or become repetitive. Sure, the classics were all there along with his killer cover of Sonny Boy Williamson’s “Help Me,” but he kept it fresh and engaging enough that repeat attendees wouldn’t see the same show year in and year out.

This year, Morrison’s tour schedule may be slim, but the hope is that he’ll expand his jaunt with an announcement in the coming weeks or months. It only seems inevitable given his strong fanbase in Birmingham and past shows at the Symphony Hall. Also, he’s releasing a remastered double-LP of his infamous The Complete Bang Sessions project through the PledgeMusic platform, so he’s got something new to promote. Fans are able to grab a limited-edition red-and-black splattered vinyl version of the album; digital options are available, too. Perhaps he’ll want to get the word out there more with a few added performances, right?

Morrison’s upcoming tour dates are as follows. Also, while he’s not coming to Birmingham (yet!), the dates in Cambridge, London, and East Molesey are only about a 90-minute to two-hour drive for all the Morrison diehards out there willing to take a brief trip.

Watch Van Morrison perform his “Help Me” cover below. 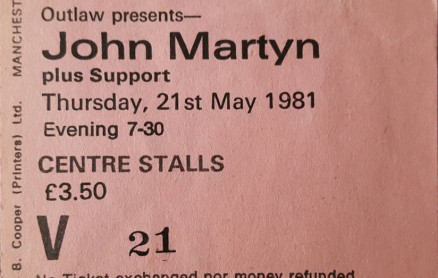 A once beautiful cinema, now divided into eight screens. The Paramount Theatre opened on 4th September 1937 with Errol Flynn in “Charge of the Light Brigade”. 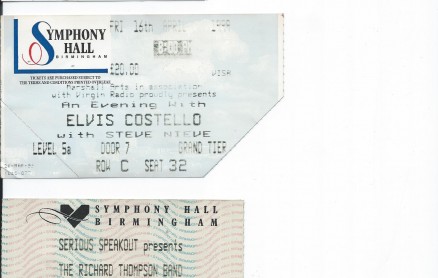 Built as a home for the City of Birmingham Symphony Orchestra, the Symphony Hall is widely recognised as one of the best acoustically engineered halls in the world. Popular music has become more of a feature at Symphony Hall over the years with groups delighting in the rich sound available.

Ron Brinsdon has sent in these tickets stubs of gigs he has been to at Symphony Hall, we’d love to get a full list of all the gigs that have taken place in SH. 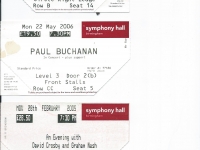 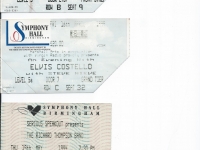 Steve T has sent in this ticket stub Van Morrison gig at Symphony Hall, we’d love to get a full list of all the gigs that have taken place in SH. 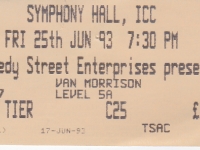 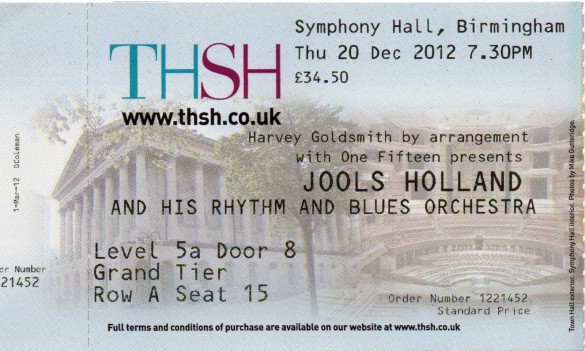 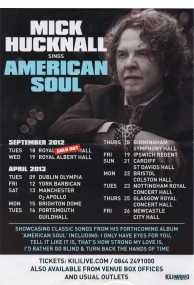 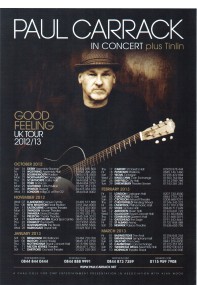 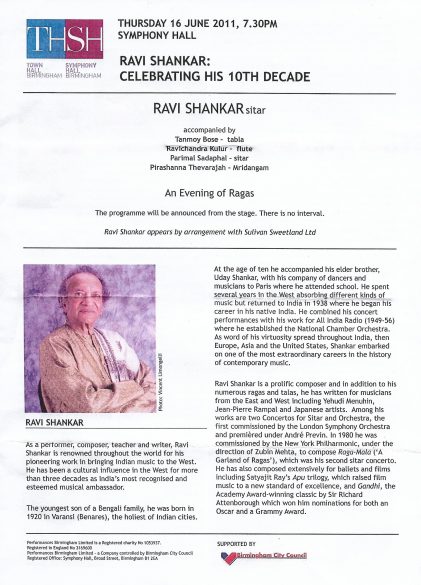