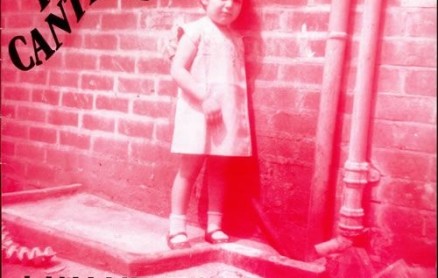 Late 80s band. one release on Bubble Records, I Want To Be Alone

Band member Simon Maragh has provided a biog of the band:

The Cantels line-up that made the 12″ EP was Susan “Tasha” Emilon on vocals and guitar, Spencer Dobb on bass guitar, Simon Allen on guitar and Stephen Thorne on drums, with me hanging around and playing guitar and keyboard at various times, under my then-name of Simon J. Vincent. Mr. Thorne was subsequently in Delicious Monster.

Mr. Dobb was ousted from the band after a strange set at Brum Uni. during which he inserted inappropriate boogie-woogie bass lines into songs, and at one point lay on his back with his legs up a wall! Spencer’s friend Mr. Allen left with him, and the band gained a much better bassist in Nick Lambrianou (apologies if that is mis-spelled); the line-up of Sue, Stephen, Nick and I recorded a 7″ single called Scream/Killer Eyes, which was manufactured (on the Bluepoint label, named after Sue’s horrible cat) but never went on sale as far as I know, although it’s possible one or two might have been sold at gigs. Both Cantels records were recorded at Outlaw.

We had a few high profile supports due to Ms. Emilon’s then partner having a stint as a gig promoter- Stone Roses, Primal Scream, Shamen. Most of these ended in disarray and/or unpleasantness for one reason or another! Ms. Emilon eventually left Birmingham for London, where she formed a band called Jane Reaction (with original Slits bassist Suzy Webb aka Suzy Gutsy!)- they played once at the Jug of Ale in the ’90s, probably with my outfit Dog Food