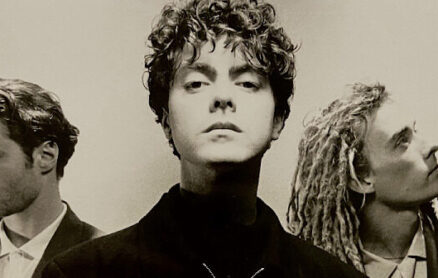 The 1980’s was an amazing decade for Birmingham bands and music. We are all familiar with those that went on to world wide success. Of course there are always a few that somehow slipped through the cracks.

Sommerville are one of those bands.

Formed in 1983 from the ashes of three of Birmingham’s most popular post punk bands. Sommerville were :

They recorded their first demo in 1983 , and were soon in negotiations with Virgin Records.  More demos were recorded at The Barge Recording Studio in London, and within a months they were signed to Virgin Records dance label 10 Records.

The progression from post punk guitar bands to concise popular dance tracks had felt quite natural for all the members. Now with all the classic 80’s equipment at their fingertips, they were ready to roll.

The year that followed saw the band write and record their first two potential singles  only to have the label sit on them; more recordings languished in the Virgin office, and 18 months slipped away. With no live shows and no record releases, completely frustrated, Paul Comaskey left the band and headed to New York where a reformed Nervous Kind needed a drummer .

The three remaining members, still believing wholeheartedly in their music, took up the challenge of letting the world know they were here. What followed were some legendary live shows.

A massive 12 piece band kicked off a huge dance /pop extravaganza in Birmingham. Managed by DJ Dick of Rockers Hi Fi fame, their shows were events not to be missed. Even the posters for the shows depicting a gun toting Elvis or Jimmy Cliff or reinventing the iconic Che Guevara became collectors items.

The music progressed to become even more dance oriented.

After an acrimonious split with Virgin 10 Records, and legally unable to release songs as Sommerville, the band by passed Virgin by releasing tracks on Swordfish Records as Django Three, Mephisto Love and Flamenco Massive, channeling their tracks into the burgeoning Rave scene. They enjoyed their anonymous club success.

As the 80’s danced toward the 90’s, band life was anything but a party. After having their studio and equipment stolen twice in a matter of months, Sommerville finally called time on the project. The three members leaving Birmingham for far flung destinations in different parts of the world….. Only to meet again in San Francisco a few years later, but that’s another story!

Back then Sommerville recorded some great songs. Songs that never saw the light of day and were only heard by a handful of fans. After more than thirty years hidden from the public, five Sommerville songs are available to hear for free on YouTube.

Each song is accompanied by a video. They contain live footage, photos and lyrics to each song.

Life With The Lions was part of a demo recording that got the band signed, featuring the full Power of Paul Comaskey’s electronic Simmons kit and Paul Adams guitar synth.

Make You Stay was recorded at Air Studios and produced by Pete Walsh and featuring Wham’s brass section and backing vocals by P P Arnold.

Trust, again recorded at Air Studios with the same line up as above.

Bad Money was recorded as three piece and features Simon Colley’s exceptional bass synth playing and Matthew’s easy interpretation of the modern soul vocal while Paul’s guitar is the perfect counter point to the rhythm.

Take Me To The City was one of the final recordings Sommerville made, short simple commercial and full of energy.

You can find them all here ( https://youtu.be/9Jt3l_d2Sl8 ). Take a journey back to the eighties with Birmingham’s lost band Sommerville. 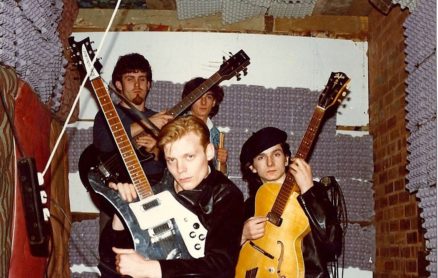 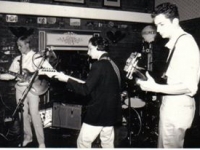 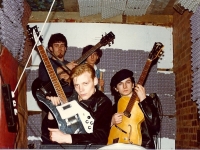