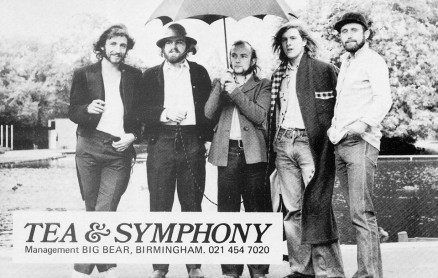 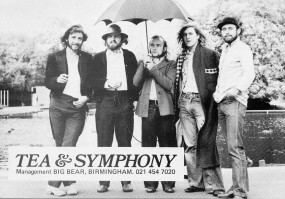 Tea and Symphony was a British musical group of the late 1960s and early 1970s whose style may be described as “progressive folk”. From Birmingham, they recorded two albums for Harvest Records, had one track, “Maybe My Mind (With Egg)”, included on the Harvest sampler Picnic – A Breath of Fresh Air, toured Britain with Bakerloo (Blues Line) and were guests on John Peel’s BBC radio programme.

An Asylum for the Musically Insane

(All tracks written by Jeff Daw except where noted.)