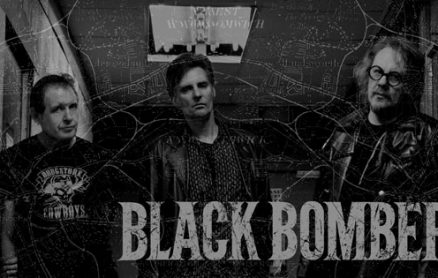 Darren was a founder member of Gunfire Dance, and Dave was in The Subterranean Hawks, Prefects and The Scarecrows amongst other Birmingham bands. 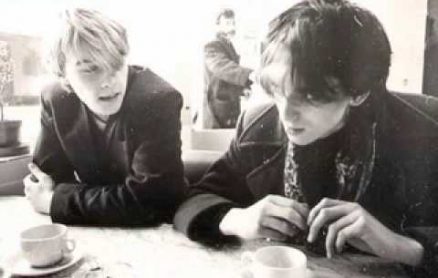 Another legendary lost Birmingham band that consisted of Stephen Duffy, Dave Kusworth, Paul Adams, Simon Colly and Dave Twist. Only ever releasing one song Big Store with bob Lamb (see below) as the Subterranean Hawks there are rumours of demo tapes recently surfacing which may one day see the light of day.

The did release Words Of Hope / Sense of Ending as The Hawks in 1980 on the Five Believers label.

The article below was written by Stephen Duffy (under the alias C. Dean Spence) for What A Nice Way To Turn 17 magazine and can be found on the site at: http://whatanicewaytoturn17.blogspot.co.uk

“Punk Rock claimed a great deal of casualties. But is casualties the right word? Shall we consider head cold? Or Athletes foot? Anyway I’ve got a note and the Subterranean Hawks are excused from showers. Why five nice boys should take a bloated discredited idea as their divinity, and the decadent enemy they had only just finished fighting, as their role model is not worth investigating. But we shall.

Formed in 1979, the original line-up managed to get as far as Christmas 1981 before falling apart in a myriad of acrimony. They performed…..concerts and recorded……songs. Success makes the best excuses and the Subterranean Hawks had none. Fame allows a rosy hindsight, turning whims into campaigns and darkest hours into hotbeds of creativity. So with a little borrowed rosary; Kusworth was the image and the noise. Twist the leader (from behind at that). Duffy the songwriter. Adams the backbone. Colly the musician. Without management the band floundered. With management, most of the band would have been sacked. The Subterranean Hawks proved that rock’n’roll was either dead or researching hastily into the complexities of death duty and the chances of reincarnation. They proved that it was impossible and implausible to be a rock’n’roll band in the eighties. Ahh, maybe it wasn’t rock and roll’s fault.

Let’s face it the lead singer was a poseur and worse, a pragmatist. (He went on to make disco records). The bass and guitar players although gung ho with rock’n’roll dreams, were sensible chaps and kept day jobs. The Hawks then were not so much gung ho as ho hum. Only Kusworth and Twist remained true to their beliefs. Young men have their idols and the idols of these young men were the inspired, the originals and the innovators from the halcyon days of a sixties childhood. Can anything be as unsound? For them to have thought that the Beatles, Stones, Dylan et al would not’ve been recording with Rushent down at Genetic if 61 by magic had been 81, was nonsense.

Pop demands new blood and if not blood, a synthetic equivalent. And yet it is easy to be arrogant with others theology. Dog eat dogma. Most innovation in pop is spawned from mimicry. If that alone is the case, can we ask one final question, the Subterranean Hawks, where are they now? 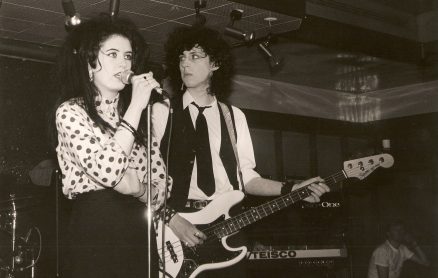 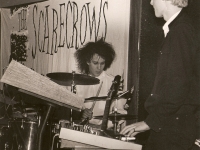 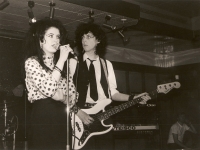 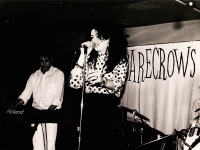