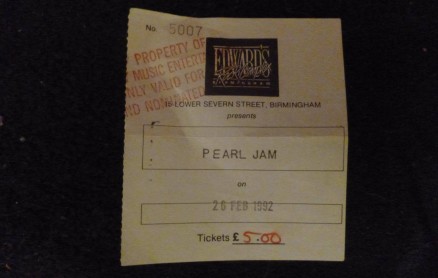 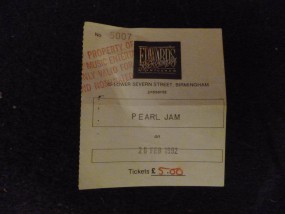 Better known as Eddies, the Edwards Rock Complex (including “Edwards No.8”) was a huge part of Birmingham’s rock and goth scene. It was located on Lower Severn Street between New Street Station and The Mailbox. Originally part of Eddie Fewtrell’s group of clubs it is best remembered for the period from 1987 onwards when it became a purely rock and alternative music club compromising of two pubs/bars, a second club (“Edwards No.7”) located immediately beneath it, and another club named “Goldwyns” next door in an adjacent building.

In the late 80’s it was the heart of a thriving Rock complex, which comprised two pubs/bars, a second club (“Edwards No.7”) located immediately beneath it, and another club named “Goldwyns” next door in an adjacent building.

The club sadly burnt down a little after 1am on November 12th 2006. Following the fire a few temporary nights were arranged in a nearby pub Gosta Green, with an alternative longer-term residency then being established in The Newt pub. Edwards No8 changed its name to EDDIES and from until June 2014 was located on Gough Street. Following the sale of the building to a property developer, the club was closed without notice. Owner Colin Wall, with the help of over 20,000 Facebook fans found The Tunnel Club (Livery Street, Birmingham B3 1HL) allowed Eddies to rock the club from July 5th 2014.