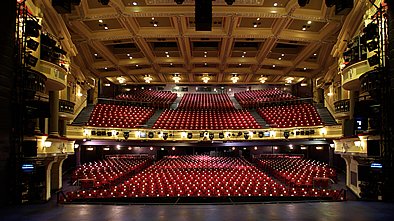 The Alexandra Theatre was built in 1901 by William Coutts at a cost of £10,000 and was originally called the Lyceum. Its opening production was a play entitled The Workman, which ran from 27th May 1901, with tickets ranging in price from two shillings to four (old) pence.

Perhaps most closely aligned with theatre, pantomime and musicals, the Alex as it’s commonly known as has an amazing history of hosting popular music. Help us build a gigography!