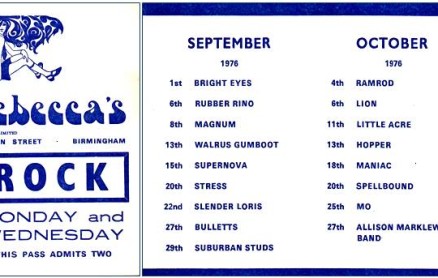 Part of the Fewtrell empire of clubs and venues, Rebecca’s was located on Severn Street in the city centre, off John Bright St. It later became Boogies.

Spread over three floors, the rooms were called The Cabasa which was more of a cabaret room, then there was the Blue Soul room and the Sin Bin, down in the basement.

As the flyer shows, in 1977 Rebecca’s were beginning to host what were then termed New Wave Bands, but are what we would now consider Punk bands (or certainly lumped in with them). Great to see a Killjoys gig (note the spelling).

But what a line up in June! Killjoys, Blondie, Saints, XTC and the Jam.

What is noticeable though is that Rebecca’s were still putting on local legendary bands like Jameson Reid and Ricky Cool and the Icebergs at the same time. Punks and Rockers, sworn enemies frequenting the same venue! 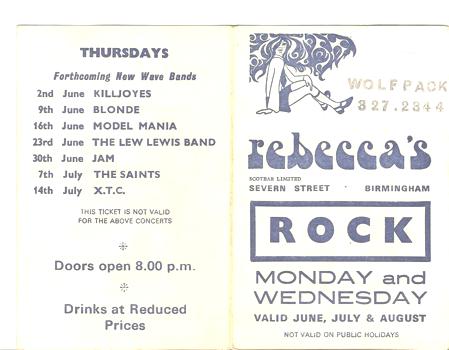 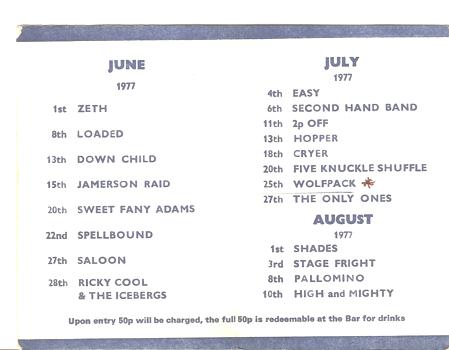 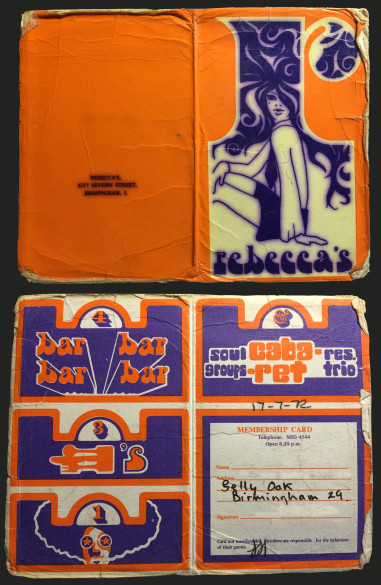