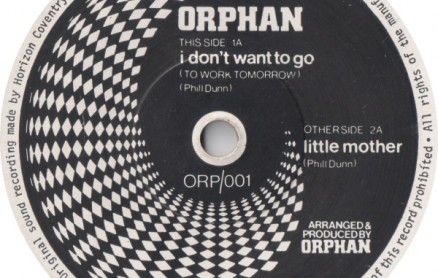 Rob Harris has written into the archive about Orphan:

I am amazed that Orphan do not get a mention. They were a giging band with residenties at The Railway, Barrel Organ, Mercat Cross and regular gigs too numerous to list.

and following a trail, this was on Phill’s Facebook page:

ORPHAN was mainly a gigging band, and worked all over the country, but had 3 main residencies in Birmingham – The Railway, The Barrel Organ and The Mercat Cross. Apart from gigging, they recorded 2 albums – the First called ‘PHOBIAS’, which was released on Swoop Records, with 4 singles pulled from that album. The Second album, explored a more complex new wave, pop-rock form, it was untitled and not commercially released due to contractual problems, a demo of this album still exists. One of the tracks – ‘DIFFERENT LEVELS’ was recently used in Phill Dunn’s director’s reel. Phill Dunn is also a filmmaker. ORPHAN disbanded when Phill Dunn left England to further his directing experience.

Phill is currently a film director/writer based in Singapore but still pursues his musical side, ie songwriting and recording under the name of ROXY REJECTS. The name of the band was originally used as just a creative umbrella name for creating pop-rock songs for commercial television projects, but eventually led to the formation of the ROXY REJECTS band, into a more serious and artistic musical direction with an album in the making. This debut album has been recorded but it’s still at mixing stage. The songs and the music draw upon the influences of sixties’ British psychedelic rock.

This great Post-Punk track was a private pressing in 1979: 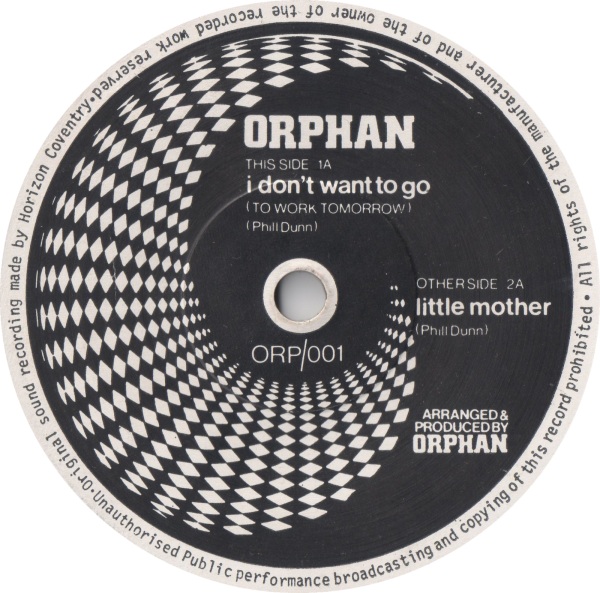 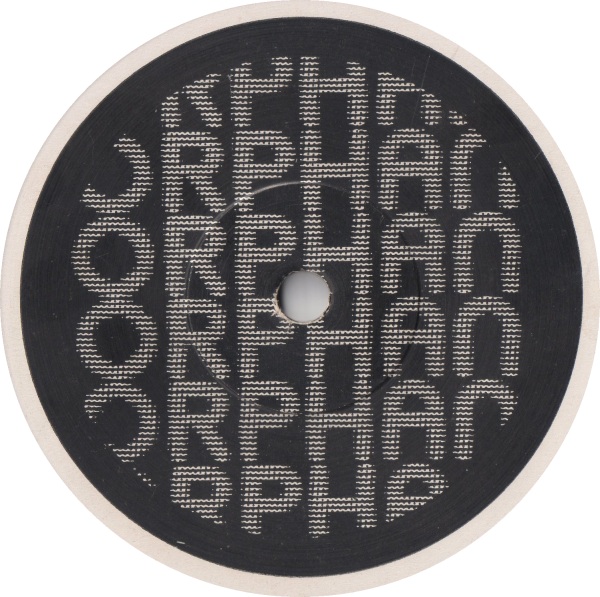 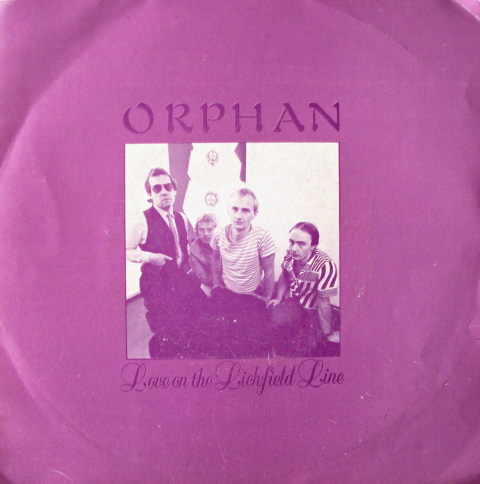 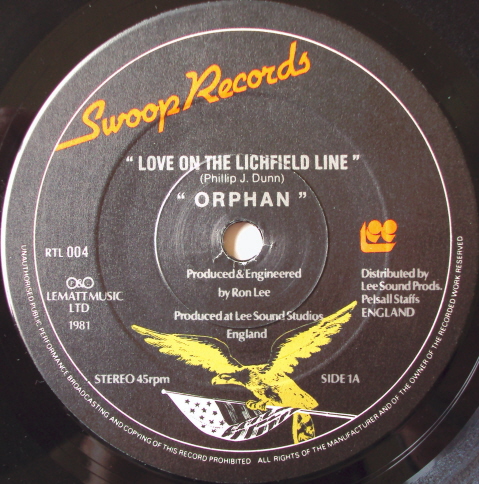 Phobias/Nervous  /I Don’t Want It Like That  /Timebombs /R.S.V.P.U./Dreamboat /Julie Isn’t Julie In The Bath/Mouth To Mouth /7 Teen /Ambition + /Little England /Love On The Lichfield Line

1981 -Love On The Lichfield Line/Ambition: Swoop