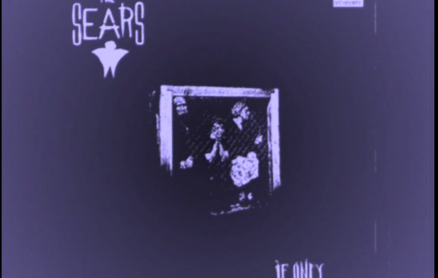 One of the first rock n roll bands in Birmingham featuring Billy Wakeman and Brenda Bosworth.

I joined the band in 1956 and were with them until 1960 when I moved to London. There were many changes in the band during the time I was with them noteably Micky Bakewell, Tony Finnister both went on to join The Modenairs. I came back from London to help out making a recording with the Grasshoppers for an album produced by Davis Gouch called Brum Beat. 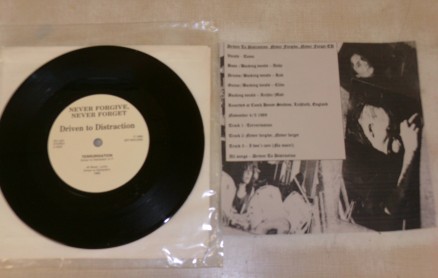 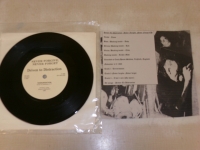 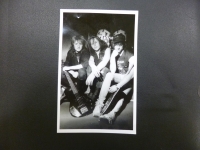 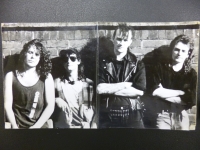 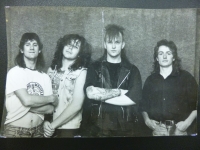 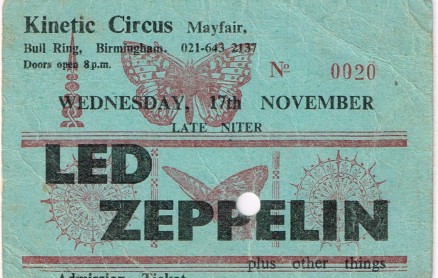 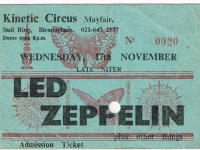 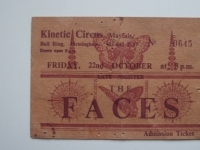 Charles Davies sent in this Led Zep ticket and says ‘Me and my 3 mates saw THE BAND. i think the tickets cost £1 each .INCREDIBLE. We stood next to Roy Wood!!’

Rock band fronted by Tom Sorahan in the late 70s. Regulars at The Railway.

This is an elusive band! From what I can find out Sorahan played every week at the Railway and were fronted by keyboard player/vocalist/songwriter Tom Sorahan – very talented and highly original material. Tom also played with Mark Stanway, now keyboard player with Magnum.

Richard Westwood sent this into the BMA: Prior to Spitfire, I was the final drummer in Sorahan, replacing Les Fortnum. Sorahan was killed by the punk tsunami, although Tom Sorahan got himself a deal with Pye Records and recorded a single album, “I’ve Seen The View, You Can Take Me Back Now”, copies of which can still be found (eBay, rare record shops, etc).

The album is available on Discogs: http://www.discogs.com/Tom-Sorahan-Ive-Seen-The-View-You-Can-Take-Me-Back-Now/release/5831735 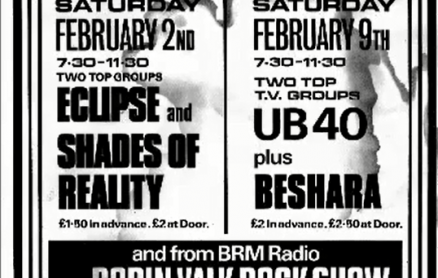 Beshara were formed 1976 in Moseley, Birmingham and were founded by the late Elias Pharoah (Bass) and the late Ray Watts (Rhythm Guitar) who then recruited Errol Nanton (Lead Vocals) Dixie Pinnock (Drums) and Michael Nanton (Keyboards). They were formerly named ”Cool Dimension” and ”The Kushites” until 1979 when the band settled on the name Beshara meaning ‘surprise’ in Arabic and ‘mystical’ in Swahili. Over the years the line-up of the band changed along with the roles of various members but as of 1980 the ever-present nucleus that was widely known as Ray Watts (Lead Vocals-Rhythm Guitar), Dixie Pinnock (Drums-Backing Vocals), Michael Nanton (Keyboards-Backing Vocals) and Tony Garfield (Vocals – Bass) remained. To add to their harmonies which were now their trademark and their brand of social commentary on lovers rock and cultural reggae, there was even more emphasis on Ray Watts’ natural born voice to the people, Tony Garfield’s riveting bass lines, Michael Nanton’s distinctive keyboard style and Dixie Pinnock’s hard hitting dynamic rhythm.

Throughout the years Beshara gigged extensively all over the UK in the nation’s major colleges, universities and clubs attracting multi cultural audiences. The band never released an album but released 13 singles and enjoyed success with early recordings such as ”Men Cry Too”, which reached number 6 in the reggae charts and was championed by David Rodigan and the late John Peel. ”Glory Glory” featured the complimentary and contrasting qualities of percussionist Raymond ‘Bongo Simeon’ Walker on this much sought after 12” and ”Shadow Of Love” although gaining slightly more commercial interest than “Men Cry Too” reached number 11 in the reggae charts. Beshara received much acclaim when they toured the UK and played alongside UB40, Abyssinians, Beres Hammond, Simply Red, Dennis Brown, Bad Manners, Leroy Smart, Sugar Minott, and John Holt. In the late 1980’s the band was headhunted by I Jahman Levi to back him on his African and European tour, which saw Beshara perform abroad for the first time. The 80’s also saw them achieve well-earned TV exposure by appearing on ‘The Rockers Roadshow’, ‘Black on Black’, ‘Here & Now’ ‘Format V’ and ‘Together’. They were then commissioned to record a score for a BBC Boxing Documentary.

Beshara also appeared as a gospel group in the BBC Drama “Preacher Man” starring the acclaimed British actor John Rhys-Davies who is best known for his roles in “The Lord of the Rings Trilogy”, “Indiana Jones and the Last Crusade”, “The Living Daylights” (James Bond) and many more. The band won an award from the Hummingbird’s 1st Annual Black Music Awards in 1987 for ‘Best Sound recording’ in regards to their song “Candi”. Magazines like Black Echoes described the song as “… a commercial bouncer, but solid, revolving around criss cross harmonies, a strong upfront lead and a well oiled busy band sound…” The Magazine also described Beshara as “… so professionally polished and accomplished it makes you wonder why they aren’t huge stars (and ‘live’ they are just as slick, water-tight)…” The early 90’s saw them travel to America to record an album which to date is unreleased. In 1992 Beshara were asked by BBC Radio WM to perform a live concert in Birmingham, which would concurrently be broadcasted live and not only did it gain rave reviews once aired, but also from fans at the concert. However, during the same year the band decided to part ways only to reunite again in 1998 and begin recording what was set to be their debut album in 1999. Sadly Ray Watts (Lead Singer) passed away in the year 2000. Due to this the remaining members of the band decided they could no longer stay together without him and went their separate ways.

In 2000 at the Hyatt Hotel Birmingham, Beshara were presented with an award for their Contribution to UK Reggae music by Street Cred magazine; guests on the night included Jamelia and Brenda Emmanus (BBC Clothes Show). In 2001 the ex band members arranged a memorial tribute concert for Ray Watts at the Irish Centre, Birmingham which led to Beshara performing and sharing the stage with Steel Pulse along with many other artists from Birmingham including Skibu, Reggae Revolution, Jeremiah, Birry The Poet and many more.

2005 saw the ex band members reunite to perform at the ‘32 years of lovers rock’ anniversary concert at the Hackney Empire in London. The concert featured the UK’s biggest lovers rock stars and the band received an astonishing reception, as it was the first time that many of the audience saw members of the band live after years of hearing their songs on the radio and in the clubs.

There’s no doubt that Beshara was an important training ground that eventually led to the main members of the band either recording, backing or touring the world with I Jahman Levi, Pato Banton, UB40, Steel Pulse, Aswad, Luciano, Beenie Man, Musical Youth, Apache Indian, Inner City, Macka B, Alton Ellis, Gregory Isaacs, Half Pint, Reggae Revolution, Johnny 2 Bad and XOVA while sharing the stage with, Ziggy Marley & the Melody Makers, Shaggy, Burning Spear, Third World, Yellowman, Black Uhuru, The Wailers, Steel Pulse, Santana, Brazilian greats Jorge Ben Jor, Skank, and Cidade Negra, recording at Eddie Grants studio in Barbados, featuring on major TV shows including Top of the Pops, GMTV, MTV and performing at venues and festivals such as The Sydney Opera House , Reggae on the River, House of Blues, Womad, and The legendary Maida Vale studios. Not forgetting flying on Stings private jet to perform with him in Italy on a television show while still finding time to write and perform on Grammy nominated albums by various artists.

Unreleased material by Beshara will become available in the near future.

Now this was a gig! 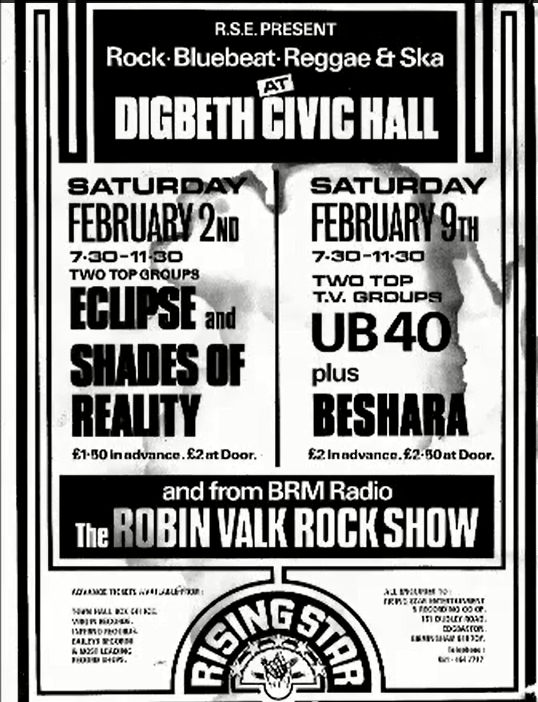 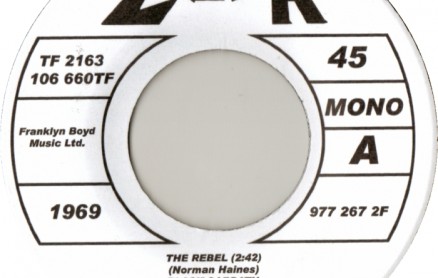 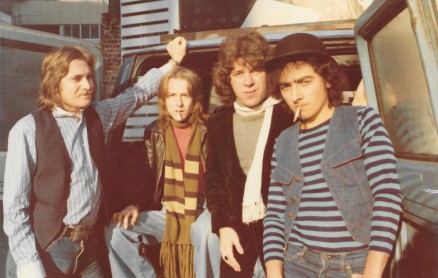 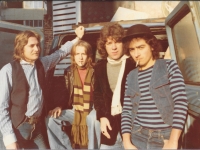 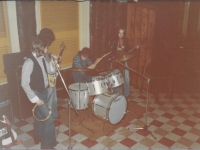 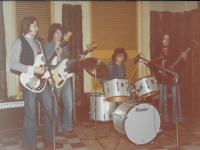 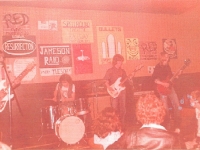 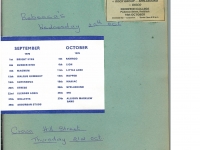 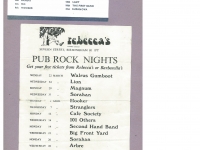 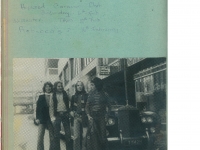 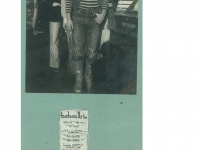 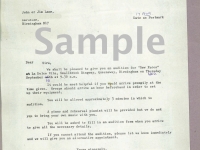 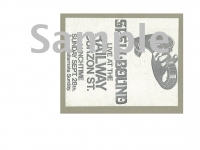 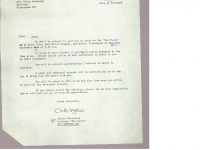