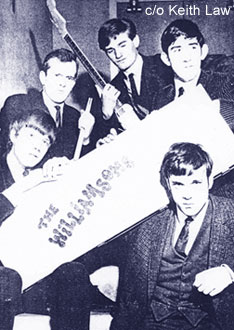 THE WILLIAMSONS, supported the legendary Blues Artist
Sonny Boy Williamson when he appeared
at the Whiskey Go Go, in Birmingham,
in the late 60’s. Hence the dedicated name.